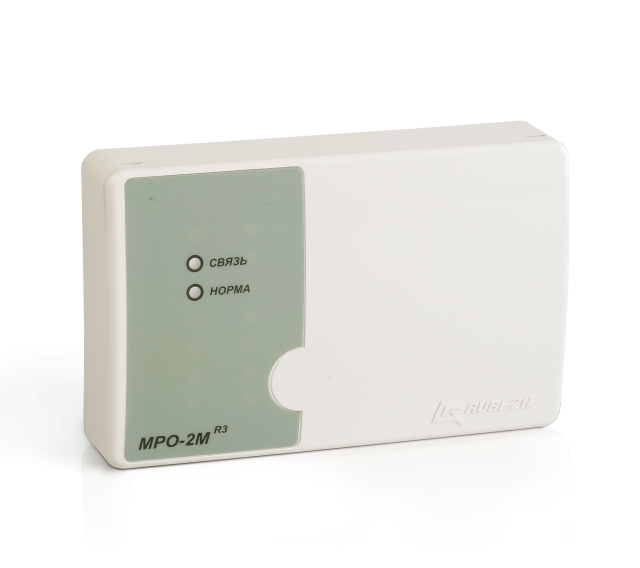 MRO-2M prot. R3 module may be connected only with passive modules for sound with no auxiliary radio elements within the connection circuit (condensers, coils, transformers).
As -supplied, module has one pre-recorded announcement.
MRO-2M prot. R3 may retain up to 8 (incl.) announcements. SW update and announcements recording is realized by means of program "Конфигуратор МРО2М.exe" using USB channel.
The module is supplied from external power source.
On the front side of the module, there are LEDs COMMUNICATION (СВЯЗЬ) and NORM (НОРМА) .


Source selection, voice message number to be sent to module for sound is realized by device command (in automatic mode as per system configuration or manually using device controls):
During operation, voice module monitors the resistance of modules for sound. More than 0.5 Ohm resistance change with respect to initial value shall be treated as failure. Table of possible options of acoustic system connection and resistance values is provided in Annex 1.
Personnel address modules MRO-2M prot. R3 may be installed in DIN rail using special securing bar (not in the scope of supply; may be provided by separate order).