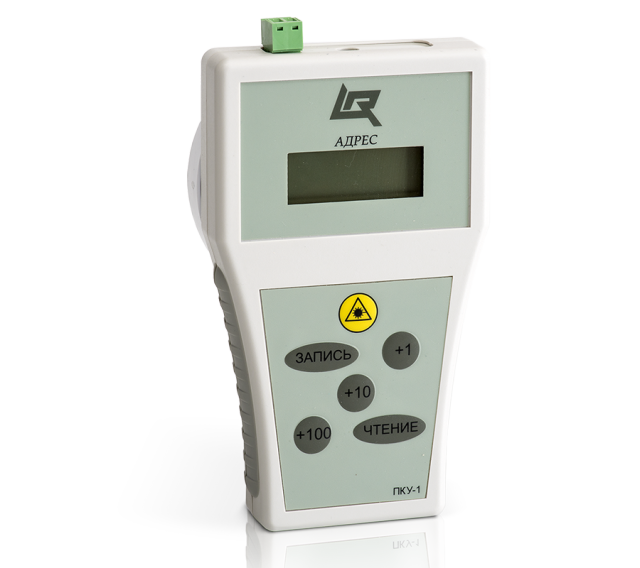 The programmer has a socket for connection of addressable fire detectors.

Connection of other addressable devices is via a terminal positioned in the upper part of the PKU-1 prot.R3 device.

To power-up the programmer press and hold any key on the screen for 2 seconds.

To set a new parameter of an addressable device one should:

The address of any addressing device consists of two parts: