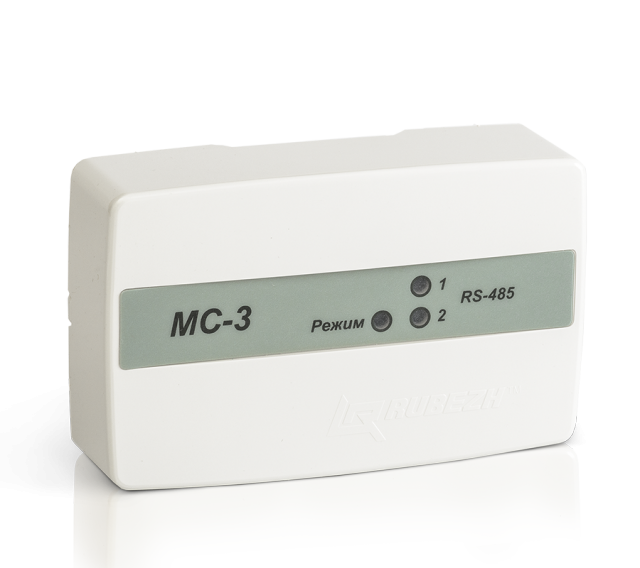 Adapter module MS-3 collects events from addressing control and indicating devices of Rubezh brand and their delivery to RS-202TD-RR transmitter.

Adapter module MS-3 is powered from power supply +12 V or USB-terminal of the computer. The time of AM technical availability for operation after power-up – no more than 1 s. On the front side of the device there are LEDs intended to display the current state of the adapter module.

For connection of FACIE (fire alarm control and indicating equipment) included in Rubezh addressable system to Lonta-202 system, the following steps shall be taken: 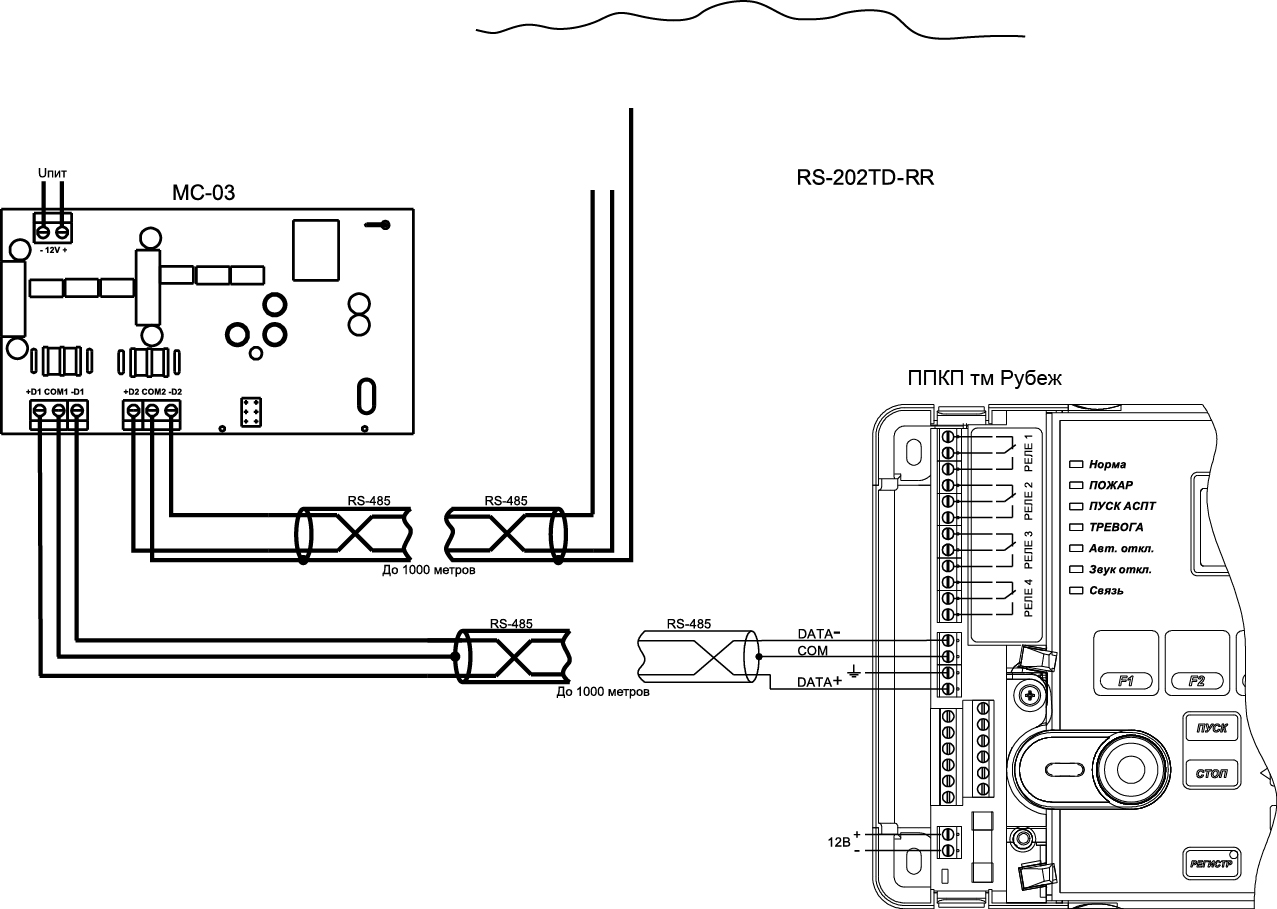