Radio interface extension is a digital electronic device designed for extension of RS-485 interface line and its transmission via the radio channel.

Line extension is carried out using a pair of configured radio extenders.

System configuration using radio extension allows for RS-485 interface branching during which computer-side radio extender is able to exchange data via the radio channel with several radio extenders which play the role of both extension and branching of the interface. However, it should be mentioned that the address field of the computer has a restriction - total number of units and devices connected to it via the RS-485 interface shall not exceed 60.

On the front face there are LEDs intended for display of the current state of the radio extender. 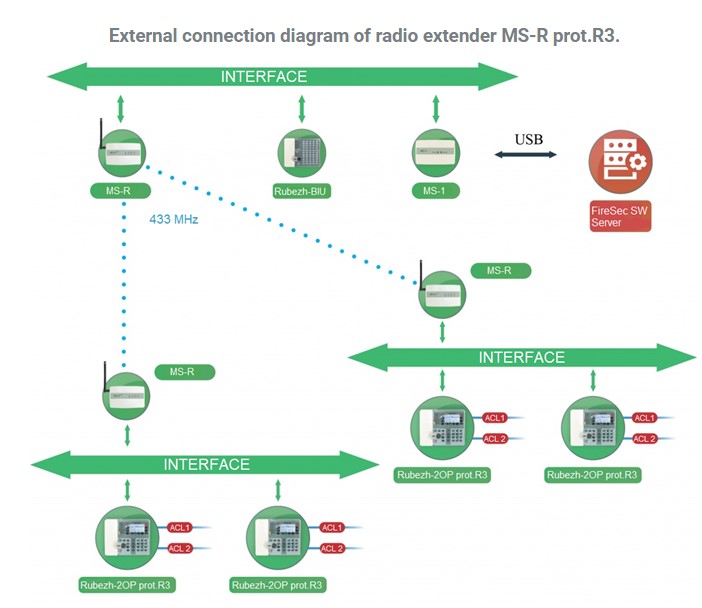