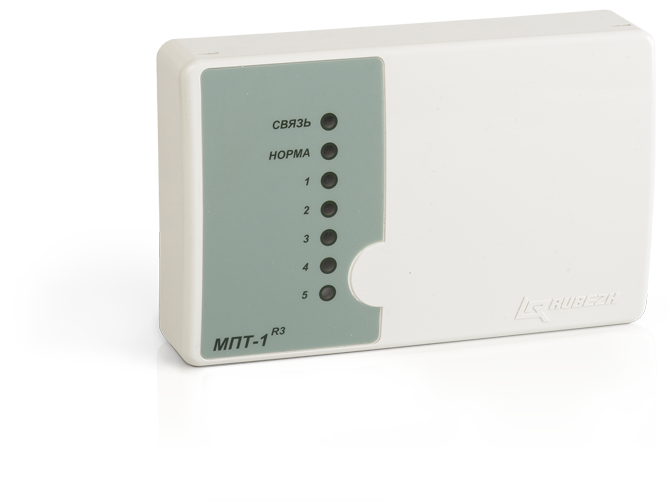 Firefighting module is a programmable device. Inputs/outputs are configured by the user via receiving and control panel or via the “FireSec” software.


Module has 2 statuses: master and slave. A slave module is controlled from a master one and is intended for increasing the number of outputs of firefighting and public address devices control.

The module is supplied from external power source.

MPT-1 prot. R3 firefighting module may be installed in DIN rail using special securing bar (not in the scope of supply; may be provided by separate order).