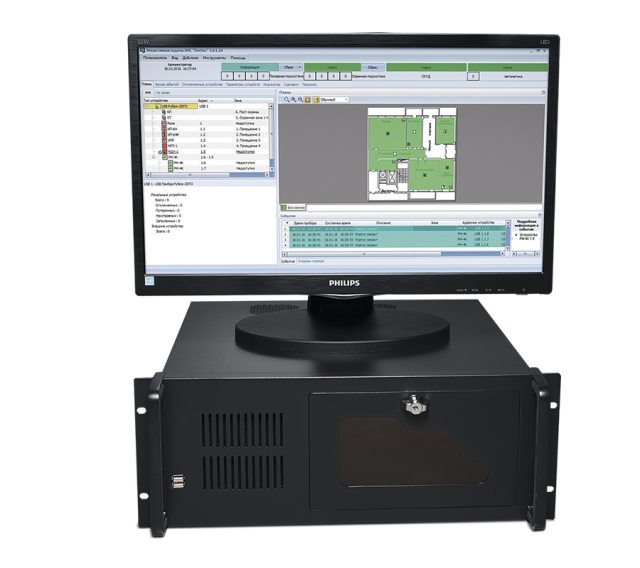 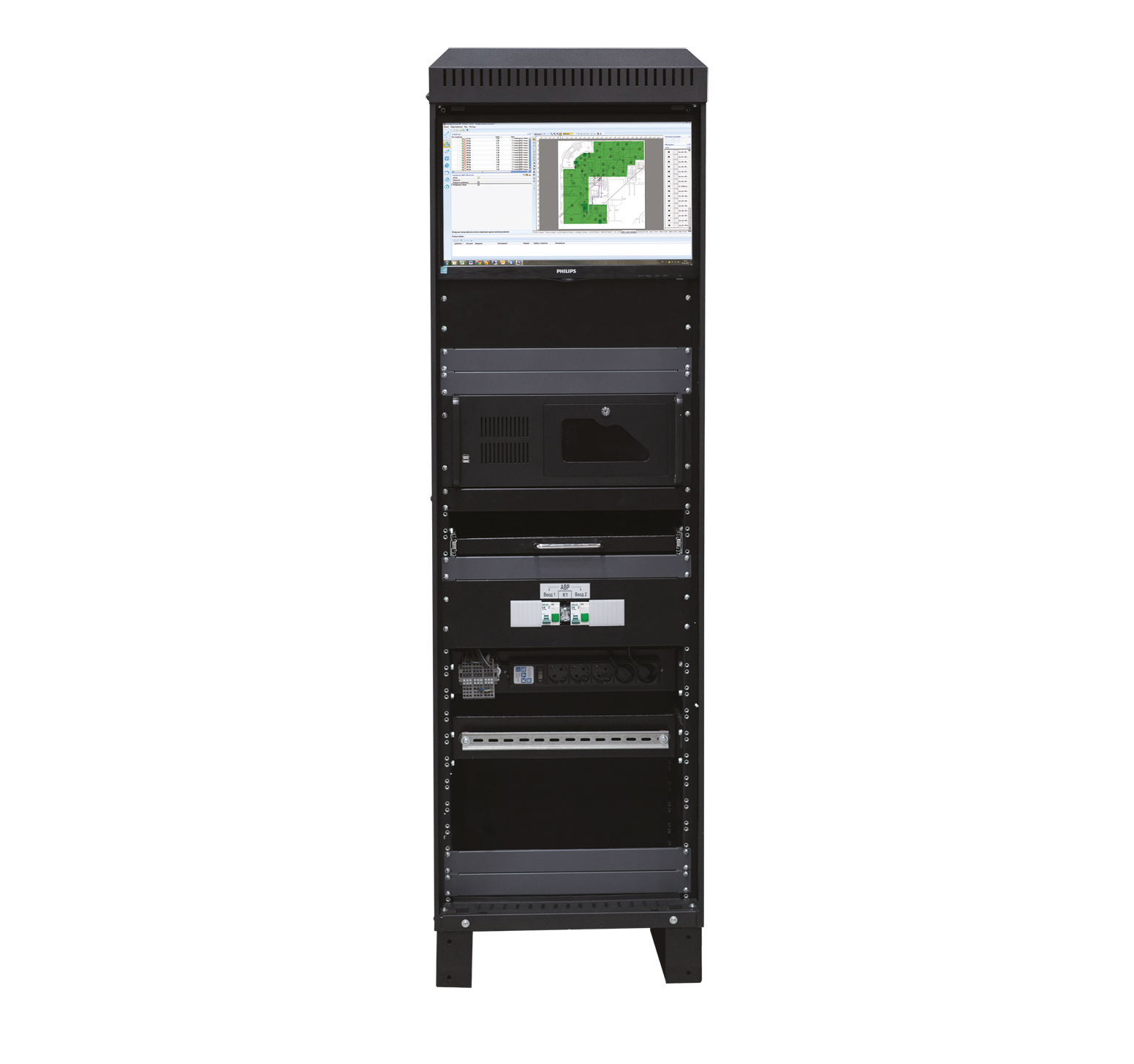 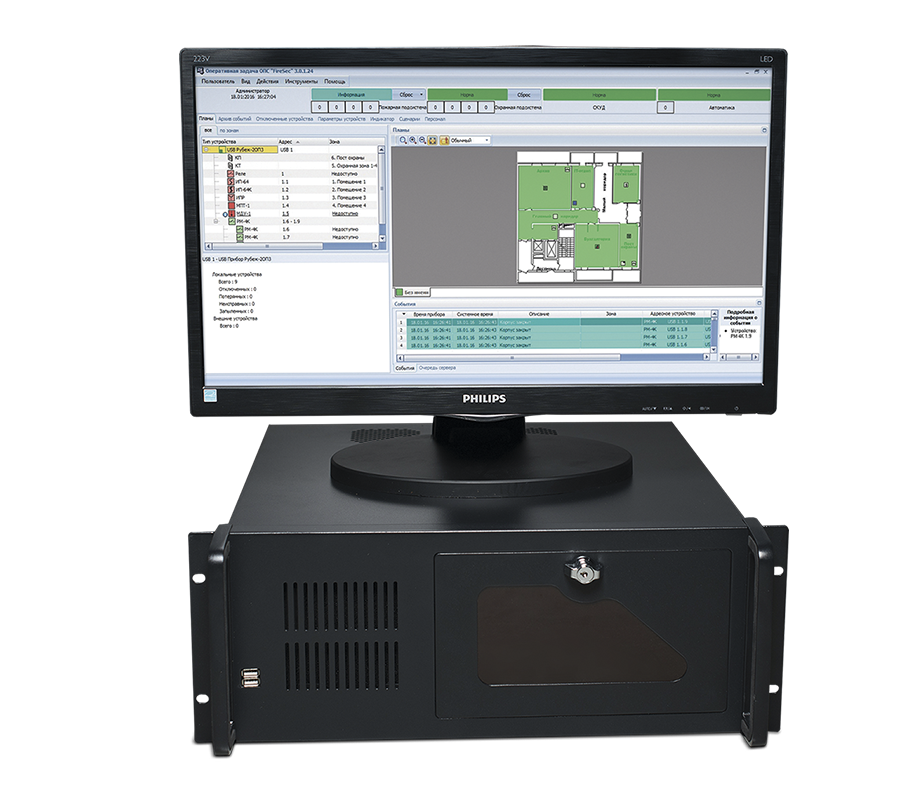 The “Rubezh-ARM” computer is an industrial PC (automated workstation) designed to:

The automated workstation is built on the basis of industrial computer and consists of three main functionally complete devices:

The “Rubezh-ARM” indication and control computer is connected to the “Rubezh” control panels via the MS-1 or MS-2 adapter modules. The connection of the fire alarm control panel with “Rubezh-ARM” can be provided via USB interface.

In order to create a centralized complex fire protection control system based on “Rubezh-ARM” computer within large facilities, the system design is used with reserved data transfer channel to different security stations integrating up to 60 addressable control and indicating devices in a common network.

To monitor and control several “Rubezh” fire alarm and security systems located at different remote facilities the system creation scheme can be applied using a remote work station (located, i.e., at the dispatcher room). For this purpose a computer with "FireSec 3" software is installed at each facility. The information received from workstation is sent to “Rubezh ARM” device located at the common dispatcher post. In this case “FireSec 3 “Multiserver Task” software needs to be installed on “Rubezh ARM” computer. Its main function is a collection of information from the remote workstations (computers) and state indication of “Rubezh” security and fire alarm systems at each of the facilities.

Combined use of “Multiserver Task” and “Rubezh-ARM” allows centralized manual control of security and fire alarm systems’ automatics and firefighting located at the corresponding remote facilities.